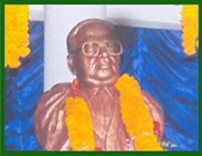 The Institute is a leading concern of the Governing Body of Institute of Pharmacy & Technology, Salipur, a Society dedicated to enriching the quality of technical education in the country. The Institute was set up as a Wing of Salipur College in the year 1982 introducing Diploma course in Pharmacy. A separate Registered Governing Body was constituted under the societies Act XXI of 1860 vide registration no 5226/371/1987-88.